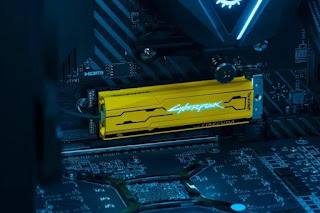 Cyberpunk 2077 launched over half a year ago. The game has also weathered most of the bad press it got due to its messy launch. But the idea of “better late than never” was probably what went through the minds of the people at Seagate. The company has unveiled its limited edition SSD themed around the CD Projekt game.
Beyond the bright neon yellow skin, what Seagate has unveiled is a FireCuda 520 SSD in an M.2 2280 form factor. With it comes all the other benefits of an SSD of this type, like read and write speeds of 5000MB/s and 4400MB/s respectively.

TechSpot reports that Seagate is naturally only making 2077 of the limited edition Cyberpunk 2077 SSD. And it only comes in 1TB storage capacity. The standard editions of the FireCuda 520 SSDs come in 500GB and 2TB variants as well. 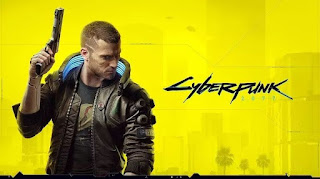 Last month, OnePlus also announced its Watch with the CyberPunk 2077 theme in its home market of China. While in a sense it’s also considered to be a little late to the party, the phone maker was among the first to cash in on the game’s hype, with the OnePlus 8T phone.

But back to the Seagate SSD. Considering it’s a limited edition, you can expect it to be priced a little higher than the standard FireCuda 520 SSD. Add the recent scalping trend in tech, and it will probably be unobtainable at a reasonable price anyway.

at June 29, 2021
Email ThisBlogThis!Share to TwitterShare to FacebookShare to Pinterest
Labels: A, Cyberpunk2077, Edition, Has, Limited, Seagate, SSD