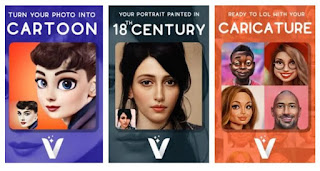 Meet the Voilà AI Artist Cartoon Photo app, which – as its ridiculously long name suggests – has the ability to transform your beautiful mug into a Pixar-like version of itself, among other things. And much like FaceApp, users are required to upload a photo of themselves (or others) via the software in order to be enhanced by developer Wemagine.AI’s cloud-based artificial intelligence system.

Aside from producing a photo worthy of an audition for the next Disney 3D animated movie, other styles featured on Voilà include hand-drawn caricatures, renaissance-esque portraits, and more. There are some limitations in play, however. As noted by the developer, the app (or its AI system, rather) is unable to process if more than one individual is detected in an image, and it also does not recognise photos of animals either. So if you’re hoping to transform your golden retriever into something similar to Dug from Disney’s Up, then you’re out of luck. 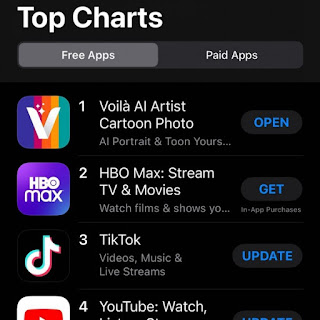 Like most apps out there, Voilà is free for everyone via Google Play Store and Apple App Store – at least, on the exterior. So what’s the catch? Again, much like FaceApp, expect the usual ad pop-ups, watermarked images and certain features locked behind a paywall. According to Wemagine.AI, the app’s “Pro” subscription fee is offered in three different options: US$ 3 for weekly, US$ 6 for monthly, and US$ 30 for yearly. As you’d expect, subscribing will grant you an ad-free experience, as well as removing the other non-premium limitations mentioned earlier.

In terms of privacy, Voilà and its developer noted in its policy that all data collected from the user is intended to provide and improve its service. In greater detail, Wemagine.AI explained that the app will access your device’s camera when activated, only retrieve uploaded photos for enhancements, and would not access your device’s photo albums. It also stated that it may collect certain information such as your IP address, browser type and version, and unique identifiers, device information, and purchase history only for analytical purposes. The developer also notes that it will comply with the user’s Do Not Track request by not collecting Advertising IDs or plant cookies.

Such privacy concerns had previously landed the app’s closest rival FaceApp in hot water. This was due to the fact that it also used cloud-based processing for image enhancements rather than featuring an on-device system. Furthermore, its developer, a Russian-based firm known as Wireless Labs, was alleged by the US government of sharing user information with its country’s authorities – something which the developer continued to deny due to the lack of evidence. That being said, Wemagine.AI told FOX Carolina that it is based in Canada, with small teams that work remotely and is scattered across the globe.

As mentioned earlier, Voilà is now available for both Android and iOS users globally. So if you happen to be looking for something that is currently unique and trendy to pass the time with, then this app may be it.

at June 20, 2021
Email ThisBlogThis!Share to TwitterShare to FacebookShare to Pinterest
Labels: A, App, Character, Into, Manipulation, NewFace, Pixar-Like, That, There’s, Transforms, you