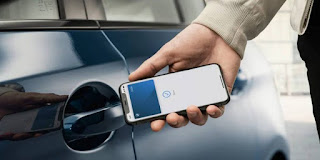 Apple first introduced the digital car key feature on its Wallet app last year, which enabled users to unlock their cars wirelessly with just their iPhones. As revealed during its WWDC 2021 keynote that was held earlier today, the company is looking to expand the function even further by adding Ultra-Wideband (UWB) support along with the upcoming iOS 15 update.

The current iteration of digital car keys relies solely on NFC technology. What this means is that users are required to first activate the function on the Wallet app and then place their phone near the door handle of their vehicle in order to unlock it.

On top of adding support for UWB-based keys to the app, the newly added tech would enable users to unlock and start their car remotely – more or less functioning similarly to existing keyless entry systems featured by most auto brands. In addition, Apple plans to add newer features to the app, such as the ability to set unique key identifiers for each car door and also using an Apple Watch as an extension. 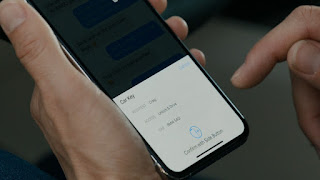 The company noted that the first companies that will offer UWB keys support for its upcoming feature are BMW and Hyatt Hotels. Others that are also onboard include Walt Disney World, Schlage, Proxy, Evergreen, Latch, Assa Abloy and many others. And yes, the upgraded function will add support for compatible digital hotel keys and even smart homes as well.

Other than that, also new is the future inclusion of digital ID functionality. This lets you incorporate a digital version of your country, state and even driver ID on your iPhone, which can be used to verify your identity at checkpoints and so on. But don’t get too excited just yet, as the feature is planned to debut only for certain states in the US for now. 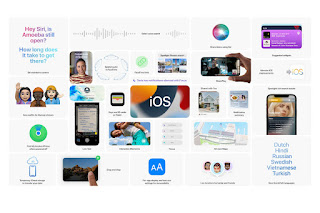 Apple’s ever increasing quality-of-life additions to iPhones is indeed highly appreciated, at least for some. However, this would also result in dire consequences if the user were to lose it, such as losing access to your digital wallet and the ability to unlock your vehicle, home or hotel room. Granted, the company also introduced various precautions to deny strangers from fully utilising these features, but the fact remains: if you are planning to transform your phone into a do-it-all device, always keep it secured on your person at all times.
at July 04, 2021
Email ThisBlogThis!Share to TwitterShare to FacebookShare to Pinterest
Labels: Add, and, App, Apple, Digital, Features, iOS15, Key, New, Support, to, UWB, Wallet