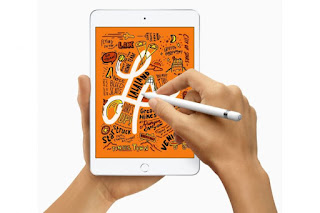 It is believed that Apple is planning to introduce a redesigned iPad Mini, according to various unofficial sources as early as late 2020. Originally speculated to be released in the first half of this year, a new report by Bloomberg’s Mark Gurnam now suggests that the iPhone maker is due to launch the tablet by fall 2021.

Gurnam claims that the new iPad Mini will sport a design similar to the latest iPad Air. This could possibly mean that the tablet will come with a larger screen-to-body ratio by featuring thinner bezels and removing the physical home button. Unsurprisingly, it will also be equipped with the latest Apple processor, but its other specifications such as storage and battery capacities are not known at this time.

Although his prediction for the Mini’s release ended up inaccurate, renowned Apple analyst Ming-Chi Kuo also claimed that the tablet will feature a larger display that is believed to be in between 8.5 inches and 9 inches. However, it is unclear whether he was referring to the iPad Mini’s overall size or just its screen. Meanwhile, another earlier leak (shown below) suggests that this refresh will see Apple debuting an in-display camera and home button cutout – which actually sounds very uncharacteristic for the brand, so we advise to take this information with a generous serving of salt. 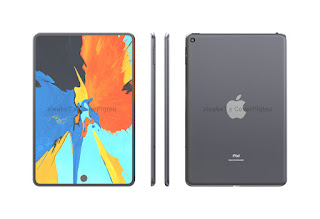 A redesign for the Mini is perhaps one of the most long awaited refreshes to happen, given the fact that the series has been sticking with the same design for several generations. Mark Gurnam even described this upcoming release as “the biggest redesign in the nine-year history” of the product.

Regardless, we won’t know for certain for now as Apple has yet to officially announce the development of a redesigned iPad Mini. Hopefully we’ll hear something from them soon, perhaps during a potential keynote that’s likely to happen within the remainder of the year.