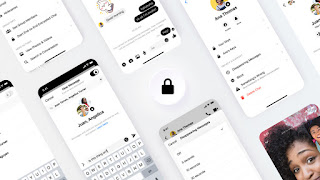 Facebook has announced that it has introduced new end-to-end encryption (E2EE) to enhance privacy for one-to-one voice and video calls on its Messenger platform. This expands on the messaging platform’s current encryption feature that has been implemented to its text chats since 2016 under the “Secret Conversation” option.

Although it is worth noting that the new E2EE feature for voice and video calls on Messenger would not be activated by default. Much like the existing one-to-one encrypted text messaging mode, users are required to manually opt into the feature when initiating a call with another person. Facebook is ensuring that all text and calls that are under E2EE are kept private between the user and the individual that they’re communicating with.

Introduced alongside encrypted voice and video calls is a minor update to its “disappearing messages” feature. This time around, users can choose to have chats designated as such to expire as soon as five seconds after it is viewed. Previously, disappearing messages can originally be set to vanish either after a minute or up to 24 hours.

Additionally, Facebook also revealed that it is running a limited test for other encryption-based features to select users at this current time. These include E2EE enhanced group chats and calls between “friends and family that already have an existing chat thread or are already connected.” The social network says it is planning to implement the same limited test to Instagram’s direct messaging feature as well, but did not provide any further details regarding it. 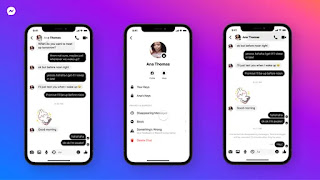 Interestingly, Facebook also noted in its blog post that E2EE has become “the industry standard” for messaging services. However, despite characterising it as such, the company ironically continues to feature encrypted conversations as an opt-in experience on Messenger – unlike its subsidiary private messaging platform WhatsApp, which actually implements E2EE as a standard to chats since its launch.
at August 16, 2021
Email ThisBlogThis!Share to TwitterShare to FacebookShare to Pinterest
Labels: Adds, and, Calls, Encryption, End-To-End, Facebook, Messenger, on, to, Video, Voice