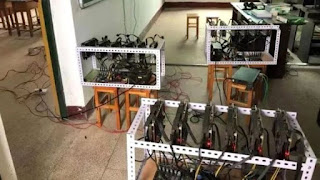 Genesis Mining, An Iceland-based cloud mining outfit, recently won a lawsuit in a Chinese court, against a Chinese hosting provider, Chuangshiji Technology Limited. By decree of China’s Supreme Court, the defendant was ordered to return the Radeon RX 470 8GB GPUs it seized from Genesis Mining and by all, we mean all 485681 units.

Genesis Mining’s legal woes began in 2018, when it took Chuangshiji Technology Limited to court, over multiple monetary issues with the latter. The lawsuit, which stretched over a span of several years, was filed in 2019, after the defendant began withholding said RX 470 GPUs, presumably purchased by Genesis Mining. The Genesis lawsuit specifically demanded that Chuangjishi hand over more than 560000 GPUs, along with 60000 ASIC miners after the company terminated its agreement with the company.

Naturally, things didn’t go according to plan for Genesis; Chuangjishi refused to comply and instead, began selling its ill-gotten gains, all without Genesis’ consent. 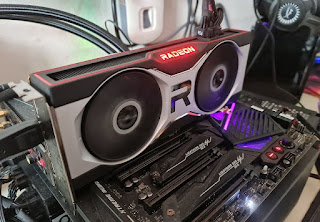 Sadly, Genesis’ victory in the Chinese court is a Pyrrhic one; while the Icelandic cloud-based mining company may have won back its nearly half a million RX 470 GPUs, China’s recent crackdown on cryptominers and their farms means that the company will have to consider two alternatives: shift its operations out of China and into a country where cryptomining isn’t banned or find new homes for them, the latter being an arduous task, given the age of the RX 470 and its GPU core.

That said, selling them to actual gamers might actually net Genesis a tidy profit, especially given the ongoing chip and GPU shortage that is happening around the world.