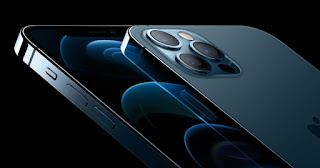 Rumours suggesting that Apple may be planning to include a periscope camera on future iPhone models have been circulating around since last year. Now, a recent report by The Elec has revealed that the company might be facing an issue to achieve this purported goal.

According to the South Korean news outlet, Apple allegedly planned to have its periscope camera to come with a ball actuator, a mechanism used to move the module’s interior lenses. However, this technological innovation is patented by rival smartphone maker Samsung, who’ve also featured the mechanism in the imaging systems featured on its flagship products, including this year’s Galaxy S21 Ultra.

The iPhone maker was expected to acquire the periscope camera modules from its long-time supplier LG InnoTek, The Elec reports. But this route may not be favourable for Apple, as the supplier procures its ball actuators from Samsung Electro-Mechanics – a move that will result in the Cupertino-based company to pay Samsung a patent license fee in order to use the technology for its future smartphone releases. 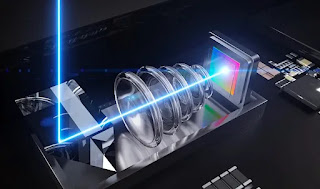 Similarly, the publication added that the same issue also plagued Apple’s decision to procure a potentially new optical image stabilisation (OIS) module by Jahwa Electronics. According to The Elec, the supplier raised concerns that it may not be able to supply the iPhone maker with the technology, due to the fact that it was co-developed together with Samsung and its Samsung Electro-Mechanics subsidiary.

With several obstructions being in the way, Apple is reportedly seeking alternatives to bypass the problem. It is suggested that the company is considering to either change the design of its periscope camera module altogether in order to avoid using the patented technology, or simply pay the patent license fee to Samsung.

Regardless, it will still take a while until we actually see a periscope camera on an iPhone, as it is said to only debut in 2023. But as always, such reports regarding this are unofficial at this current time, so be sure to take these rumours with a nice pinch of salt.
at September 08, 2021
Email ThisBlogThis!Share to TwitterShare to FacebookShare to Pinterest
Labels: Apple’s, Cameras, Due, for, Halted, Iphones, on, Patents, Periscope, Plan, Reportedly, Samsung, to