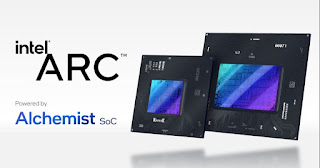 Intel appears to have jumped head-on into a hiring frenzy of late. The chipmaker has reportedly managed to fill four positions within the company, with each new member having a background in game development, in one form or another.

It should be noted that Intel’s new hires are being brought in to work on “gaming and graphics”, making it obvious that the company is recruiting hard for the development of its ARC Alchemist GPU. As mentioned, the list of individuals who have a gaming background but more specifically, they made their bones over at companies like Electronic Arts and AMD.

First of is Andre Bremer, who joins Intel as the Vice President (VP) and General Manager (GM) of Gaming and Graphics Workload Engineering, and previously worked EA, LucasArts, and Amazon. Next on the list is Michael Heilemman, who comes in as the Senior Director of Game Developer Tools and Technologies.

The third hire is Ritche Corpus, who now heads Intel’s Game Ecosystem Business Development and Developer Relations as Vice President and General manager. Prior to his latest appointment, Corpus was a member of the PC Gaming Alliance, working as its Treasurer.

Last on the list is Steve Bell, who joins Intel directly from AMD as the former’s new Senior Director of Gaming Developer Relations. Bell reportedly spent more than 13 years at AMD, working in exactly the same capacity as his current position.

at September 22, 2021
Email ThisBlogThis!Share to TwitterShare to FacebookShare to Pinterest
Labels: Alchemist, ARC, Developers, for, Game, Goes, GPU, Hiring, Intel, of, on, Spree