Riot Games To Release Its Own Game Launcher Soon 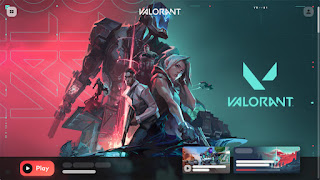 GOG Galaxy, EA Origin, and Steam are some of many game launchers that are currently available on PC. And if you happen to be a regular player of League of Legends (LoL) and Valorant, well… then get ready to add another one to that list.

According to Riot Games, the developer of the two aforementioned titles, the new launcher is aimed to unify all of its in-house games under a single platform and enable players to access them under a single sign-in. In addition, existing desktop shortcuts to titles such as LoL and Valorant will still work even after the rollout of its platform. However, it was not mentioned if accessing these shortcuts would directly launch their respective games, or redirect users to the new Riot Games Launcher.

From their description, the upcoming platform seems like it might function similarly to Activision-Blizzard’s BattleNet client, where each game features its own tab and respective page for launching it and receiving patch updates. At the same time, the overall launcher will also act as a central hub for users to easily keep up with the latest announcements, news, and events for each title. The developer ensures that the new launcher will be lightweight in terms of resource requirements.

The new Riot Games Launcher will first be available on 20 September for testing, and is expected to roll out to all players worldwide starting 4 October. The team noted that the latter is subject to change, should additional time be needed to iron out any issues as well as to add new features to the upcoming client app.
at September 22, 2021
Email ThisBlogThis!Share to TwitterShare to FacebookShare to Pinterest
Labels: Game, Games, its, Launcher, Own, Release, Riot, Soon, to