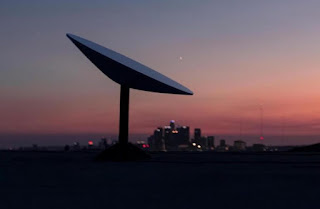 Elon Musk, CEO of Tesla and SpaceX, recently said that he was in talks with several airlines about the possibility of installing his space company’s Starlink internet service on planes. Musk confirmed his actions via his official Twitter account when asked if he had any plans on making the SpaceX service accessible as an in-flight service.

Musk’s original tweet was written in regards to the popular mobile game, Genshin Impact, and technically doesn’t bear any relevance to the Starlink topic.

For those of you who have been living under a rock, Starlink is an internet service under SpaceX, aimed at providing internet connectivity throughout the world via thousands of satellites in low Earth orbit. To date, the product’s landing page says that its data speeds vary between 50Mbps and 150Mbps, plus a latency between 20ms and 40ms in “most locations”. That said, Musk did promise that that speed will soon be increased to 300Mbps but gave no specific timeline as for when that will be. As for how its consumers are able to access the internet connection, consumers are sent a satellite dish that acts as the hub. Further, the company has been accepting deposits from interested Malaysians since February this year.

Musk doesn’t elaborate any further on how he intends to make the service a reality, but Starlink’s own vice president, Jonathan Hofeller did confirm that the company already has an “aviation product” in development. That said, the prospect of gaining access to speeds in excess of 150Mb/s would be a game changer, especially given how limited the current offer for in-flight internet connectivity is.

at October 15, 2021
Email ThisBlogThis!Share to TwitterShare to FacebookShare to Pinterest
Labels: Airlines, Connectivity, ElonMusk, in, In-Flight, Offer, Starlink, Talks, to, With