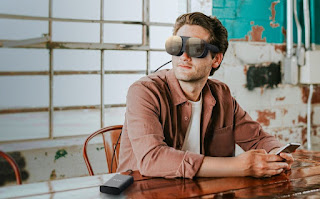 New to HTC’s list of virtual reality (VR) headsets is the recently launched HTC Vive Flow. The headset sports eyewear-style design and is also by far the lightest from the brand, coming in at only 186 grams.

Apparently, its lightweightness applies to its overall functionality as well. HTC markets the Vive Flow as a headset for the casual user who wishes to enjoy VR content related to “wellbeing, brain training and productivity”, as well as some “light gaming”. It is standalone, where it is not required for the user to connect it to a device such as a PC. Instead, the Vive Flow comes with a specialised version of HTC’s Viveport Infinity which offers a wide library of Flow-compatible content for monthly subscription of US$5.99 (~RM25) per month. These include the likes of VR meditation app Tripp, Color Connect VR, Space Slurpies, and much more. 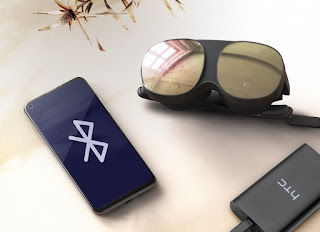 As mentioned earlier, the HTC Vive Flow sports an eyewear or goggles style approach. For a good fit on any head size, the headset sports a dual-hinge system that can be adjusted accordingly. Inside are two 1.6K resolution stereoscopic displays that offer 75Hz refresh rate and 100-degree field of vision. Featured over the displays are a pair of diopter lenses which can be adjusted to allow those with short-sightedness to use the headset without needing to wear their glasses. Despite looking like it has the capability to support AR features, the Vive Flow actually does not feature the technology for it. Rather, the two lenses that are visible in front are actually meant for motion tracking. 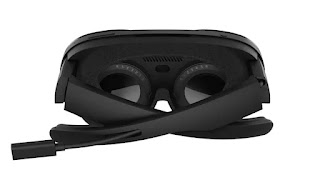 For extra comfort, especially for hours of usage, included in the Flow’s frame is a small active fan that is situated under the bridge that sits above your nose. This pulls in air over your face and pushes warm air out of the device’s upper vents. Other than that, connected to its arms is a pair of embedded speakers which is said to offer high quality spatial audio. Connectivity-wise, you can pair the Vive Flow to your smartphone via Bluetooth, and could use it as a makeshift pointer for VR applications as well. Unfortunately, HTC did not mention whether the headset is compatible with the brand’s Vive VR controllers. 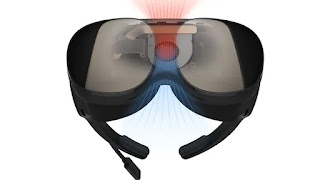 While the headset is designed for portability, it unfortunately lacks a substantial power supply – aside from a small cell that is reserved for powering minor processes such as shutting down and so on. For long term use, it is required that the Vive Flow is connected via USB-C to a compatible battery pack, power bank, or a wall charger. HTC says you could even power it by plugging it to your phone if required. 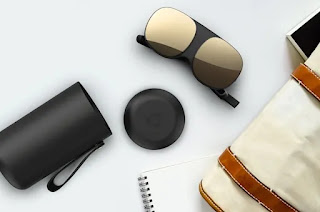 Considering its lightweightness being a selling point for the product, we can see why an internal power supply is excluded. However, the lack of which might seem like a deal breaker for many – especially when compared to the Flow’s closest rival, Facebook’s Oculus Quest 2. Speaking of which, the similarities between the Flow and Quest 2 end at their abilities to function independently. In terms of performance, however, HTC has made it clear that its new headset isn’t designed to tackle high-end VR applications or games.

The new HTC Vive Flow is priced at US$499 (~RM) and is expected to ship out in select markets by November 2021 onwards. However, HTC has yet to announce whether the new headset will make its way to Malaysia in the near future.

at October 15, 2021
Email ThisBlogThis!Share to TwitterShare to FacebookShare to Pinterest
Labels: A, and, Flow, for, Gaming, Headset, HTC, is, Lightweight, Usage, Vive, VR