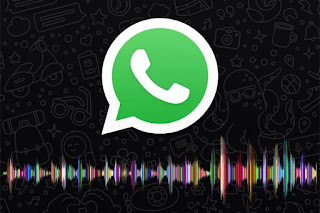 WhatsApp is working on yet another new feature for its mobile app, this time on one that enhances the voice recording experience. On top of receiving new timestamp transcriptions (a new addition which we’ve covered previously), the in-app voice notes feature will reportedly be getting the ability to pause and resume a recording.

A preview from WABetaInfo shows that the voice note interface seems to be overhauled. Instead of the current UI where users are required to hold the record button and slide to cancel, it now features a new “Stop” button when a voice recording is being conducted.  This enables recordings to be paused and later stitched together as a single continuous track, which is quite useful as you won’t need to send multiple voice messages in case you need to stop in the middle of recording. 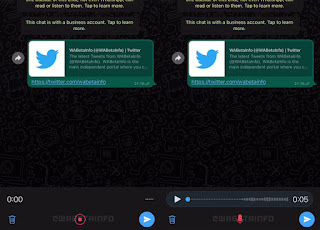 WABetaInfo claims that this feature is still under development, and that it will eventually be rolled out to both iOS and Android devices that are opted-in to their beta programme on Play Store and TestFlight. Since the preview obtained is based on the iOS version, it is possible that the feature will first come to iPhone betas before being rolled out on Android.

WhatsApp has been developing multiple new features for the platform, with some have already been released on the public beta – such as the multi-device function, which lets up to four devices use the same account without being connected to your phone. Other than that, there is also a feature that lets you choose a default length for the app’s disappearing messages feature.