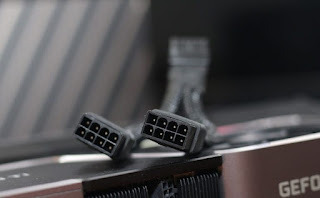 While graphics cards from both team NVIDIA and AMD have become more powerful over each generation, their cards have been fettered by one factor: the aging 8-pin PCIe power connector that connects the GPU to the PSU. NVIDIA tried to move on from the medium with its 12-pin MOLEX with its Founders Editions RTX 30 series cards but sadly, not all of its AiB partners have been willing to switch.

However, that could all evolve soon, especially if reports of NVIDIA’s RTX 3090 Ti are to be believed. According to a report by the German tech site, Igor’s Lab, AiB partners for NVIDIA may finally ditch the current 8-pin PCIe connector, in favour of a new 12-pin connector. Officially, the new MOLEX port is known as 12VHPWR and it is reportedly set to be part of the upcoming PCIe 5.0 interface and standard that will be introduced with the launch of Intel’s 12th generation Alder Lake later this month.

Specs-wise, the 12VHPWR connector is 3mm wide, making it slightly smaller than even the standard 8-pin connector. Further, it has four contact plugs on the underside, designed to carry sideband signals, as well as to latch on to the PCB securely, ensuring that the connector doesn’t shake loose. 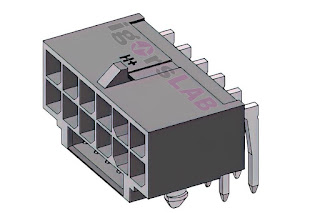 The main takeaway from the report, however, is that the new connector could channel up to 600W of power in a single cable, which is a lot. In contrast, even the most power-hungry graphics card on the current market, the RTX 3090 pulls 350W off the wall, while even the unconfirmed RTX 3090 Ti is expected to have a TDP of 450W. To that end, it can be said that the arrival of the 12VHPWR connector heralds the likelihood of more power-consuming, yet powerful in the near and immediate future.

On that note, there’s still no news as to which graphics cards will be the first to use the 12VHPWR connector, and even if there was, it’s unlikely that the GPU itself will be pulling the full 600W directly from the PSU. Given the required 10% redundancy protocol.

at October 31, 2021
Email ThisBlogThis!Share to TwitterShare to FacebookShare to Pinterest
Labels: 600W, Allegedly, Capable, Connector, for, GPUs, Handling, Next-Gen, of, PCIe, Power, to, up