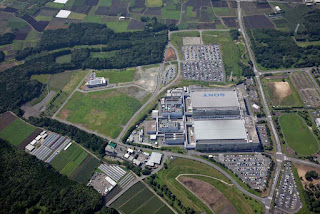 Japanese tech company Sony and Taiwanese semiconductor giant TSMC may be joining forces to help tackle the ongoing global chip shortage, according to reports published independently by Reuters and Nikkei. It is said that both companies are considering a partnership to co-establish a new semiconductor factory in Japan, which is expected to be up and running by 2024.

People familiar with the matter told the publications that the new plant will be based at a Sony-owned location in Japan’s Kumamoto Prefecture, close to the company’s own image sensor factory (shown above). The project is said to cost US$7 billion in investment from both Sony and TSMC, with half of it reportedly covered by the Japanese government. The new factory will be managed by the Taiwanese semiconductor giant, the sources added.

Reuters and Nikkei reports that the plant would manufacture chips for cameras, cars and other purposes – all of which have recently seen a drop in production capacity due to the ongoing shortage. Both Sony and TSMC declined to comment regarding this potential partnership when approached by the publications. Meanwhile, Nikkei believes that Japanese automotive parts manufacturer Denso is also interested in the project.

If accurate, the new factory by Sony and TSMC would definitely contribute to other efforts that are also aiming to ramp up the manufacturing of semiconductors. However, it will still take some time until it is able to help with the production, seeing that the plant will only be operational in 2024. Moreover, Sony and TSMC themselves – as well as other major companies such as IBM and Foxconn – have noted that the chip shortage will likely continue for another few years until the strong demand for semiconductors could be met.