Twitter Now Lets You Remove Followers Without Them Knowing 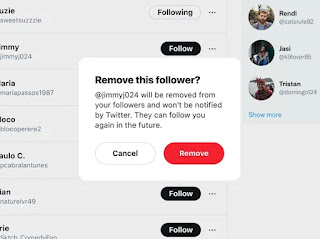 As part of the company’s effort to filter potentially offensive content and users from its platform, Twitter has officially launched its “soft block” feature that lets you remove troublesome followers. The feature was already being tested last month but is now being rolled out to the general public.

If you’re wondering how soft blocking is different from regular blocking, it actually doesn’t block users at all, but rather quietly makes the unwanted follower “unfollow” you. Twitter says that such users won’t be notified of the action taken on them. 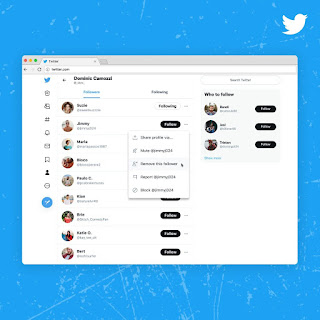 Keep in mind that while you’re essentially removing yourself from their feed, they’ll still have access to your profile and your public tweets. Moreover, they can still follow you back if they realise they’ve been removed. This might be useful if you think that blocking someone just for being annoying is a bit extreme but of course, Twitter still recommends you to do so for harassers.

To use this feature, you can go to your Followers list, pick an account, click on the three-dot icon, and click “Remove this follower”. The social media giant says that this is only going to be available for web users for now, with no word on when it will come to iOS or Android apps.

Twitter has been developing a suite of features to increase safety and reduce toxicity on its feeds. One of them includes the ability to set who can reply even after a Tweet has been published. Another that’s being tested is an algorithm that automatically blocks users for you if it detects that they’re repeatedly posting offensive replies.

at November 08, 2021
Email ThisBlogThis!Share to TwitterShare to FacebookShare to Pinterest
Labels: Followers, Knowing, Lets, Now, Remove, Them, Twitter, Without, you