Motorola Razr 2022 To Get Qualcomm Snapdragon 8 Plus Gen1 Chipset 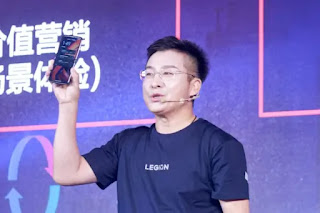 The Motorola Razr of 2022 has made a physical appearance in some capacity, confirming leaks that it will look quite different compared to before. But the way it looks aside, other things that we know of the device come from leaks. Though on this front, some things have changed, as the company has revealed two bits of info on what the phone packs.

As Android Authority reports, the company has shared on Chinese social media Weibo that the Motorola Razr 2022 will come with a Qualcomm Snapdragon 8 Plus Gen1 chipset. Considering that it hasn’t gotten an official launch yet, this is good news. The base Snapdragon 8 Gen1 would be just a little out of date by the time the phone becomes available.

Separately, one post which the report attributes as coming from a Motorola executive states that the Razr of 2022 will also get a 3500mAh battery. By today’s standards, that is a pretty small battery for a smartphone. But hopefully with the more efficient chipset, it would be enough for the foldable phone to last a day at the very least. The executive also claims that the phone will also have good battery management, which would be nice if it’s true. 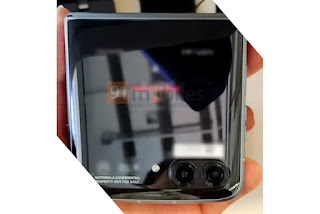 Beyond these two points though, we’ll still have to go with what we know from previous leaks. Leakster Evan Blass has claimed that the Motorola Razr 2022 will have a Full HD+ display, either 8GB or 12GB of RAM, 256GB or 512GB of storage space, a 50MP primary + 13MP wide angle and macro camera combo, and a 32MP punch hole secondary camera.

Whether or not these are accurate, we will have to wait for the launch to find out. On that note, the report claims that Motorola will be officially unveiling the Razr 2022 on 2 August, so it won’t be too long a wait.

at July 28, 2022
Email ThisBlogThis!Share to TwitterShare to FacebookShare to Pinterest
Labels: 2022, 8Plus, Chipset, Gen1, Get, Motorola, Qualcomm, Razr, Snapdragon, to