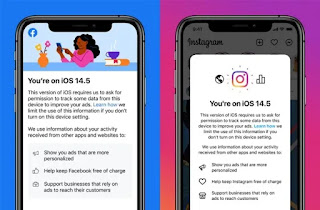 In a latest attempt to legally bypass Apple’s recently implemented App Tracking Transparency (ATT) requirement, Facebook is now encouraging users of its social media app and also Instagram on iOS to enable data tracking via a new prompt. First spotted by technologist Ashkan Soltani, this new pop-up contains the usual “benefits” of allowing tracking, such as personalised ads and helping businesses to reach customers – the same reasonings it used in a previous effort to persuade users.

However, one major point stands out from the rest. In this updated prompt, Facebook added that keeping data tracking enabled also “helps keep [the apps] free of charge”. This basically implies that the social media giant may one day consider charging users to use its platforms and apps, should it be denied any tracking capabilities. 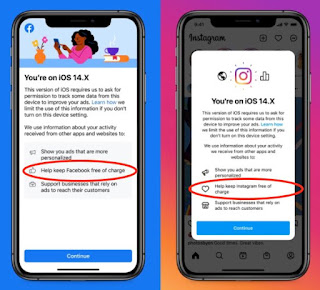 In a recent update to its “Speaking For Small Businesses” blog post, Facebook vice president for ads and business products Dan Levy explained that these prompts serve as “educational screens” to inform users on how the company uses data for personalised ads. “Agreeing to these prompts doesn’t result in Facebook collecting new types of data; it just means that Facebook can continue to give people better experiences,” he wrote.

Apple’s new ATT requirement was recently included in the latest iOS 14.5 update that was released for iPhone users last week. This restricts developers and companies from retrieving an individual’s Identifier for Advertisers (IDFA) to be shared and collected across apps on the platform. Even prior to its implementation, Facebook has been steadfast against ATT since it was first announced last year – even to go as far as bashing the iPhone maker in a series of newspaper ads, among other things. 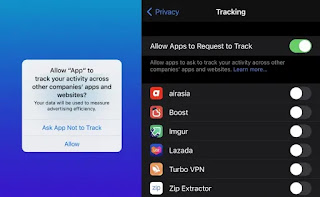 For many, the social media giant’s “warning” of potentially going pay-to-use for all of its various platforms and their respective apps sound more like a bluff. The reason being that Facebook doesn’t necessarily rely on iOS users to collect data for advertisers, as it still has the ability to do so on Android as well as desktop (via its website). Losing Apple users would indeed cause a significant blow to the company’s profits, but it still has plenty of alternatives to generate a large safety net from hitting rock bottom.

That being said, it remains to be seen whether Facebook would hold its end of the bargain should Apple and users insist on choosing not to comply with its persuasion.

at May 03, 2021
Email ThisBlogThis!Share to TwitterShare to FacebookShare to Pinterest
Labels: Apps, Enable, Encourges, Facebook, Freeofcharge, iOS, its, Remain, So, to, Tracking, Users, Would