Steam Hinted To Port Games Over To Consoles Later This Year 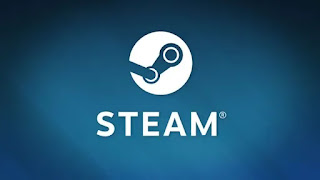 There’s a chance that Steam, Valve’s popular digital storefront on PC, might be porting its exclusives to video game consoles later in 2021. This was hinted, albeit vaguely, by none other than the company’s president Gabe Newell a few days back during a talk at Sancta Maria College in Auckland, New Zealand.
“You will have a better idea of that by the end of this year,” Newell replied when asked by a student if Steam would be porting games to consoles. Seeing that the PlayStation 4 being the only console to feature virtual reality capabilities via its PSVR peripheral, it could be possible for Valve to port Half-Life: Alyx over to it. That, or to the PS5 since Sony had recently teased the next iteration of its virtual reality system for the new console.

It’s also worth noting that earlier in January, Newell revealed that several newer games are currently being worked on by his company. Although no further details were shared in regards to this, he did mention that Valve will announce them eventually. That being said, Newell’s response to the student’s question could be referring to these upcoming yet unannounced games, which may see a multi-platform release. 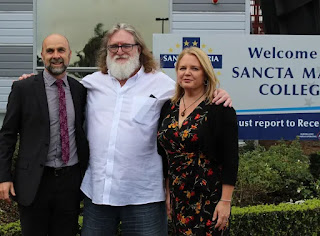 There’s also a long-shot speculation from others who believe that Valve might also bring its Steam digital storefront to consoles. However, such a move is quite unlikely and wouldn’t make sense as video game consoles feature their own closed stores such as Nintendo sShop, PlayStation Store, and the Microsoft Store on Xbox consoles.

Regardless, we’ll only find out what Valve actually has in store for home video game consoles in late 2021.

at May 17, 2021
Email ThisBlogThis!Share to TwitterShare to FacebookShare to Pinterest
Labels: Consoles, Games, Hinted, Later, Over, port, Steam, This, to, Year