Xiaomi Now Has Its Own Robotic Dog: Powered By NVIDIA and Intel 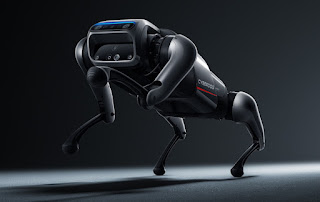 Some think of quadrupedal robots as a marvel of science and engineering but there are those who feel that they are the stuff of nightmares. Whatever you think of them, you most probably would be surprised to know Xiaomi has decided to come out with its own four-legged robot.

Revealed alongside the new Mix 4 phone, it is hard not to be reminded of the Boston Dynamics’ Spot when we saw Xiaomi CyberDog for the first time. Powered by NVIDIA Jetson Xavier NX, the CyberDog also comes with servo motors developed by Xiaomi itself that are said to have a maximum torque of 32N⋅m and 220rpm maximum rotation speed. 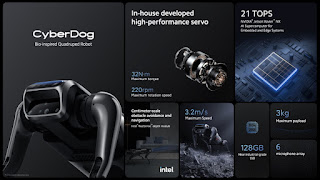 Xiaomi also claimed that the CyberDog has a maximum walking speed of 3.2m/s and is able to perform complex actions such as backflips. The robot also carries a variety of sensors including touch sensors, a 13MP AI interactive camera, a 2MP ultra wide-angle camera, an ultrasonic sensor, six microphones, and a GPS sensor alongside Intel RealSense D450 Depth module, 8GB RAM, 16GB eMMC storage, and 128GB solid state drive.

All the hardware that Xiaomi has equipped into CyberDog allows it to have autonomous object tracking, obstacle avoidance, and navigation. Designed to carry a payload of up to 3kg, the robot is also able to follow its owner and can also be controlled via the accompanying remote control or smartphone app. 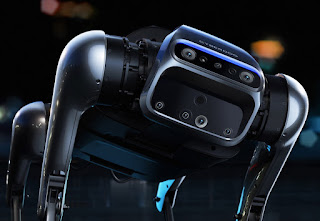 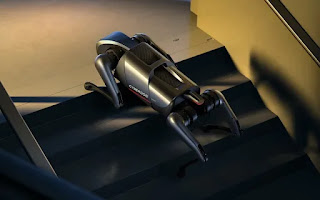 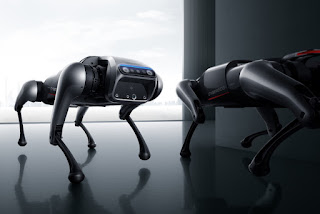 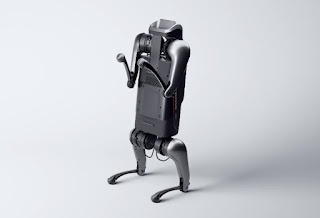 Running on Ubuntu 18.04 and Robot Operating System (ROS) 2, Xiaomi has also added three USB-C ports and one HDMI port to allow developers to craft their own add-on hardware or software for CyberDog. Comes standard with a 5.2Ah 112.3Whr battery, the 14kg quadrupedal robot has a battery life of around 1 hour.

In terms of pricing, Xiaomi is selling the CyberDog for RMB9,999 (~RM6,522) although only 1,000 units are being made available at launch.

at August 16, 2021
Email ThisBlogThis!Share to TwitterShare to FacebookShare to Pinterest
Labels: and, by, Dog, Has, Intel, its, Now, NVIDIA, Own, Powered, Robotic, Xiaomi