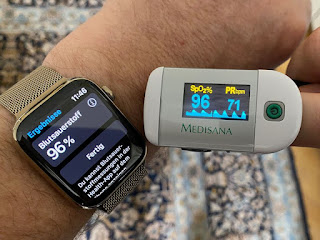 In the not-too-distant future, you may be able to use your Apple Watch to constantly monitor your health. Sources who claim to have access to internal Apple documents told the Wall Street Journal that the tech company is planning to add various new health features to the Apple Watch. These features may include blood pressure trends, a thermometer for fertility and sleep tracking, sleep apnea detection, and diabetes detection, as well as a few updates for existing models.

The sources claim that the aforementioned temperature sensor might be coming to a new Apple Watch as early as next year. This contradicts an earlier report by Bloomberg which expected Apple to add the thermometer and glucose sensor in this year’s model. The sensor is said to assist in fertility planning based on ovulation cycle tracking and improved detection of sleep patterns, with hopes that it could someday be used to detect fevers.

Apple is also developing a blood-pressure sensor that would do away with the usual inflatable cuffs, which will be able to highlight the presence of hypertension. The system works by using said sensor to measure the speed of the heartbeat, through a user’s arteries. However, Apple employees have reportedly been skeptical of the usefulness of the feature, since it would not be able to provide a baseline systolic and diastolic blood pressure measurement. 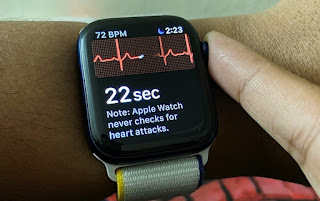 Last year’s Series 6 watches launched with a blood-oxygen sensor that measures the oxygen saturation level within the user’s blood. Apple has plans to use this sensor to monitor sleep apnea but encountered a stumbling block when the required number of readings for it to be effective would quickly drain the watch’s battery. The company’s ambitions to have a non-invasive glucose monitor also appeared to hit a snag and they are apparently working with the National University of Singapore to research lifestyle coaching for pre-diabetic people who use regular blood-glucose monitoring devices.

It should be emphasized that the report also warns that most of these new features are currently being studied, and may not even make it to consumers’ hands. On a separate note, Apple seems to be requesting FDA clearance to expand the use of existing Apple Watch models. These include heart rhythm tracking for people with atrial fibrillation and alerts for drops in blood oxygen levels.