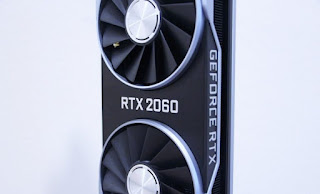 Back at the start of this year, a rumour began circling online that NVIDIA was planning to resurrect its Turing-powered GeForce RTX 2060, with one difference: instead of 6GB GDDR6, the revived card would instead have 8GB GDDR6. Recently, a new rumour is now suggesting that the amount of graphics memory has increased again.

According to sources close to Videocardz, NVIDIA is supposedly planning on making an RTX 2060 with as much as 12GB of GDDR6 memory, which is just as much as the non-Ti version of the Ampere-based RTX 3060. The card, goes by the model number PG161 and uses the same TU106-300 GPU as the original RTX 2060, save for the “KX” name at the end of the GPU ID.

First announced during CES 2019, the RTX 2060 has long been considered an entry-level GeForce card for the Turing GPU range. The card was popular amongst many gamers, mainly for its price-to-performance ratio and the fact that, like its brethren, it was capable of performing real-time ray-tracing, when and where applicable. Production of the card was quietly discontinued by NVIDIA last year, just as the company announced its current Ampere-based RTX 30 series graphics card. 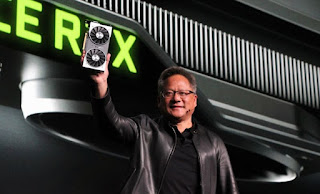 NVIDIA’s supposed decision to resurrect the RTX 2060 has also been seen as the GPU brand’s way of tackling the ongoing shortage of its RTX 30 series GPUs. Moreover, its CEO, Jen-Hsun Huang, has also said that the shortage is likely to last well into 2022.

at October 01, 2021
Email ThisBlogThis!Share to TwitterShare to FacebookShare to Pinterest
Labels: 2060, Double, GeForce, Graphics, Memory, NVIDIA, Relaunch, RTX, Rumoured, The, to, With