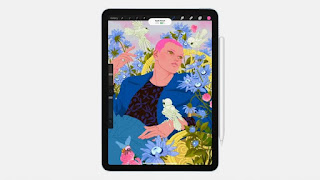 Earlier in June this year, renowned analyst Ming-Chi Kuo reported that Apple would be updating certain 2022 iPad models with OLED displays, starting with the next-generation iPad Air. However, according to a recent investor note obtained by MacRumors, Kuo now says the company has allegedly decided to exclude the Air variant from receiving this upgrade.

Instead, it is said that the company will continue featuring LCD displays for next year’s iPad Air model. The analyst states that one reason behind this was due to costs as well as quality concerns, which did not meet Apple’s expectations. This also seemingly corroborates with a report by The Elec that was published back in late September, which suggests that Apple has called off a joint-project with Samsung to use an OLED display developed by the South Korean giant for a forthcoming iPad Air model. 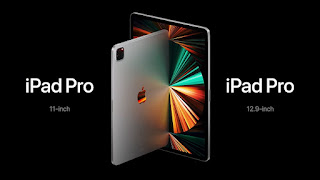 Meanwhile, an earlier prediction of Kuo’s suggests that Apple is upgrading the 11-inch iPad Pro to feature a mini LED display – a tech that is already included in the current generation 12.9-inch Pro model. It is also mentioned in the investor note that Kuo claims Apple intends to have the new 11-inch model to be the “focus of [the] iPad line in 2022,” and concluded that releasing an OLED-equipped iPad Air would be detrimental to its potential sales.

While Kuo’s track record of predicting future Apple’s releases has been accurate to a certain degree, it is still advisable to take the information provided by the analyst with a pinch of salt. Whether his predictions are accurate or not will only be determined when Apple officially unveils its 2022 iPad line-up, which – as most of us are aware – is still far off.

at October 05, 2021
Email ThisBlogThis!Share to TwitterShare to FacebookShare to Pinterest
Labels: 2022, Air, Apple, Cancels, Display, for, ipad, OLED, Plan, Release, Reportedly, to, With